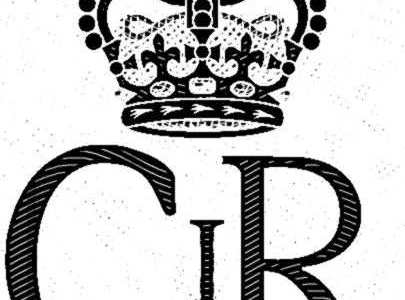 Territorial decisions have commenced inside the Kingdom’s government, an our King, Cameron I, has made a final decision.

Mandates, and crown dependencies will turn into a dominion through the Affixed Dominion Act 2019. They must contact the Monarch within a month of becoming a Dominion.

Towns inside Uvenia are governed by the City council of Uvenia, a board of residents of the city.

Counties can now be setup in regions of Uvenia, and of subparts of Davenport, Florida, such as the newest one, Orange County, Uvenia.

Along with all of these changes, the Ikonian Empire is back, with the original and newest members from the Kingdom.

The monarch of Ikonia, Cameron I, has started yet another council on the basis of HTML coding. Many people know HTML as website making.

Iota Psi Delta, is a micronational council for the progression of humans knowledge of HTML and the art of designing websites, and claims to have 2 members.

People can apply for Fellowship of the Council on their website, and the Secretary General, claim the applicants receive a certificate showing their dedication to the council. Fellows get the honorific prefix of FIPD.

Today, on 4th April 2019, the Kingdom of Ikonia have announced that they have restructured the governing, and design of the capital of Ikonia, Uvenia.

The Ikonian monarchy assumed the role of the state of Cloverton, a former administrative division of the Federal Republic of Cloverzem.

After the peace treaty was officalized, only 3 days later did the Dominion finally secede from Cloverzem.

This Dominion has yet to be governed by a advisor, but will be overviewed by the Monarch.

Our king, with the consent of His Majesty’s Most Honourable Privy Council has decided to instate a bill regarding businesses and their currency kyro.

The act was reviewed by His Majesty’s Most Honourable Privy Council, and was signed by Karlos Fehrman, a PC member, the Minister of Treasury, Troy Koehler, and the King himself. The ruling was lead in at 1:26 AM IST.

To read up more on the act, view it here – https://drive.google.com/file/d/1b7kAGtVyZhLH55lR9KvPWK9NT9Ljl6Q_/view?usp=sharing

Cameron I, our King has decided to instate a central government called His Majesty’s Royal Government, as of 3-17-2019.

It is headed by himself, yet is advised by His Majesty’s Most Honourable Privy Council. The ruling was lead in at 12:46 AM IST.

To read more up on the central government document, read here – https://drive.google.com/file/d/1zAzA-2c5dXFA-pa08feMkOd9lf7vIDBB/view?usp=sharing

The Order of the Heart, one of the most prestigious medals in the Ikonian Honours System has new knights.

One of the new knights, the monarch of Baustralia, John I stated, “The order is a great honour, and we hope that it further pushes the two Crowns closer together, and one day, mutual recognition shall be accomplished.”

We have also gifted other micronationalists the order, here is the new list:

Our Ikonian monarch, Cameron I, has ruled in to create an advisory body of councillors, to overview the monarch, and give advice.

The new “His Majesty’s Most Honourable Privy Council”, or Privy Council for short has been founded, as the government has released a list of members shown below.

Current members of the PC are

The Kingdom of Ikonia government has released their Social Media Policy document today on the basis of protecting the social media sites they use.

Learn more about it here – https://drive.google.com/file/d/1veEFOc2Ufl83mxS9Tl_xDU-EzbPogYEE/view?usp=sharing

Our King, in order to establish more environmental friendliness in micronations to get rid of pollution and to secure our earth’s prosperity, has founded, “The Missionar and Collective Council of Accentra“, usually just called “Accentra”.

Accentra is a collective body of representatives from nations coming to battle the environment issue and helps set up agencies for micronational environment protection. We invite all nations to apply and come join us in this journey. “Accentra, for a new environment”